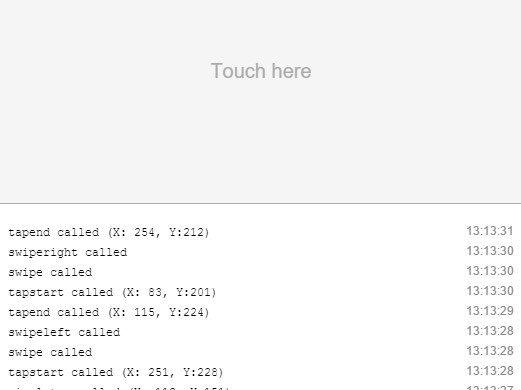 How to use it:

1. Download the Touch Events plugin, include the jquery.mobile-events.min.js after jQuery JavaScript library and we're ready to go.

3. You can find full documentation here.

This awesome jQuery plugin is developed by benmajor. For more Advanced Usages, please check the demo page or visit the official website.